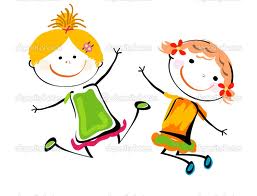 I’ve spent the last three hours crying my eyes out. All because of a five-minute telephone conversation. San Franscisco to Budapest. My best friend’s husband and me. This time last year, Lori was to be in Budapest – between trips to Prague and Subotica. Two days before she was due to travel, she had some tests. The doctors suggested that she waited on the results before she travelled and six weeks later, she was dead.

I have some of her ashes sitting in an urn on my kitchen table. On March 28th, I will take them to Prague and on the first anniversary of her death, I will scatter them from the Charles Bridge. She always wanted to go to Prague. Typical American – her terminology, not mine.

My friends in Ireland met her. They know her smile, her irreverance, her attitude to life. My friends in Budapest never got to meet her. They never met the woman who has had such a profound influence on my life. It’s not their fault. It couldn’t be helped. The plan was there.

I spoke tonight to her husband. I know what this month will entail for him, and yet in a strange way I’m envious. He gets to grieve with those who knew Lori, with those who loved her, too. It won’t make it easier, or better, or happier. It won’t take from the fact that a woman in her prime, with so much to offer, was taken from this life too early. But at least he’s not alone. For that I’m thankful.

For me – I need to get on with living. And to accept the fact that I chose to live away from home. I’ve made my bed, and if, at times, it’s uncomfortable and lonely, I’ve made that choice and I need to learn to live with it.

To all those who have lost a loved one and have to grieve alone – my sympathy. To those in BP who might see me dissolve in tears in the course of the next month or so, take heed. Ignore me. In the words of Gloria Gaynor – I will survive.

To my mate Lori – I so wish you’d made it to Budapest and had met the friends I’ve made. You’d haved liked them  … well most of them, anyway! Be at peace my friend – watch over me and mind my way.

What do you think? Cancel reply